Fascinating facts about the Gannet

I am privileged to regularly observe Gannets from our home on the Atlantic here in West Cork. They are a remarkable bird that capture my curiosity. 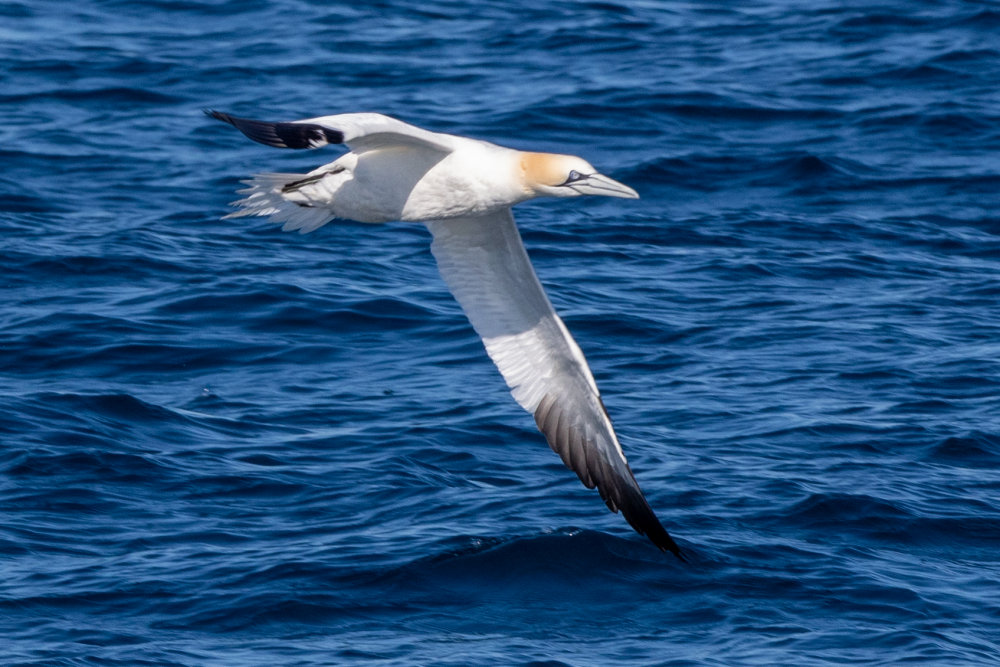 The Northern Gannet (Morus bassana) to give it its full name, is a large white seabird with black tipped wings that span 2 meters (6 feet). They often fly for miles out at sea in convoy and seem to relish windy days climbing up and rushing down to the surface of the ocean like riding an invisible roller coaster. They are particularly adept at finding fish and diving from a height can hit the water at 100km per hour (62mph). Normally this would knock out or even kill most birds but the Gannet has some astounding adaptions for this method of hunting.

If you look carefully at the bill, unlike most birds there are no external nostrils. To stop water shooting up the nostrils they are actually positioned inside the mouth. 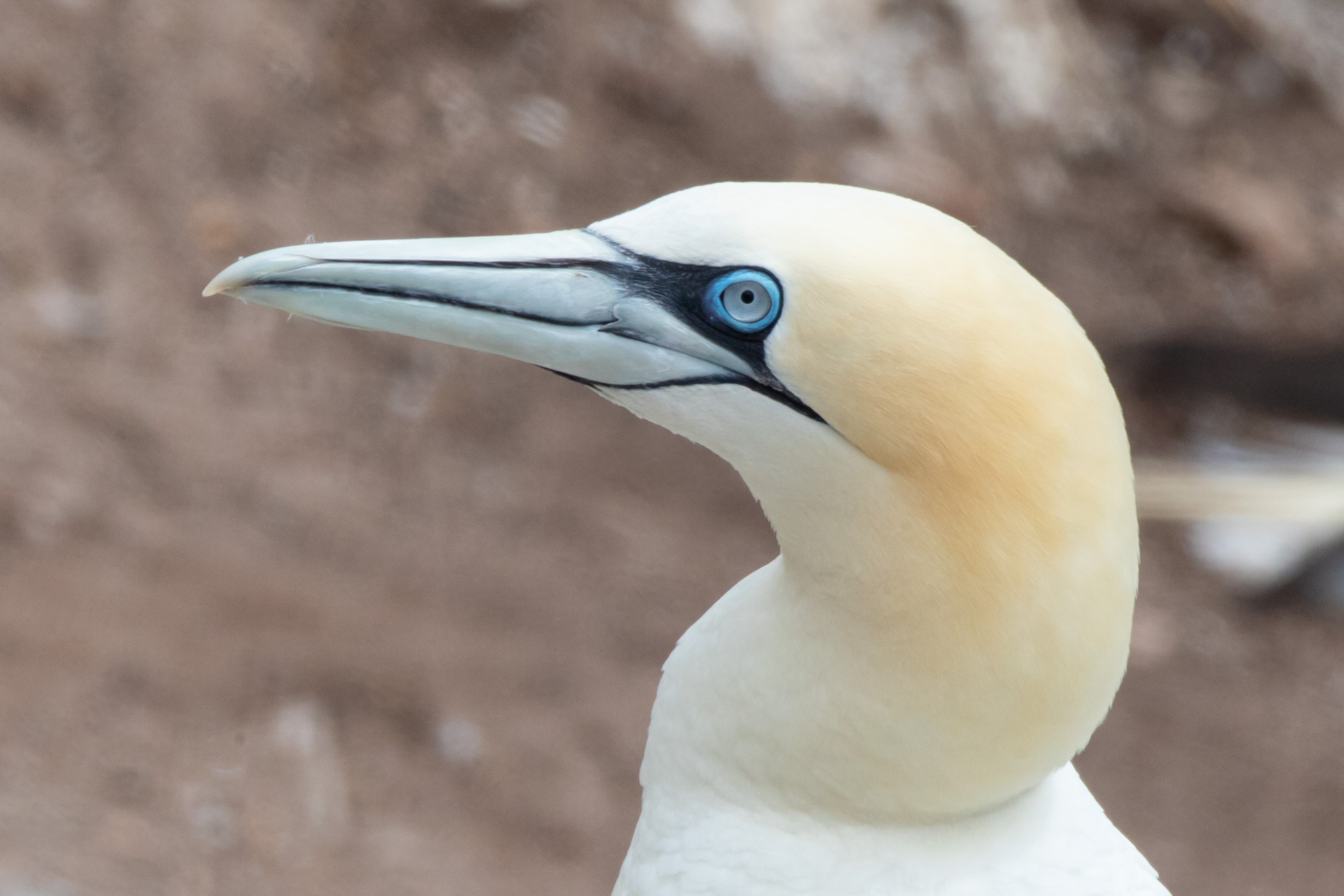 The eyes are constructed like goggles with a reinforcement ring around the edge. They are positioned forward enough for binocular vision (rather like and owl) to aid the accurate judgement of distances and angles when diving.

They have miniature inflated air sacs sitting under the skin around the head, neck and chest which forms a kind of shock absorbing bubble wrap.

When feeding they are constantly on the move, flying, diving, eating it’s prey underwater (to stop other from stealing it), taking off again and so the cycle continues. This is why someone with a voracious appetite can be described as ‘eating like a Gannet’.  When they dive, the Gannet usually flips over sharply folding back the wings into a straight line just before entering the water.

Here is a stacked photo I made to illustrate the folding wings... 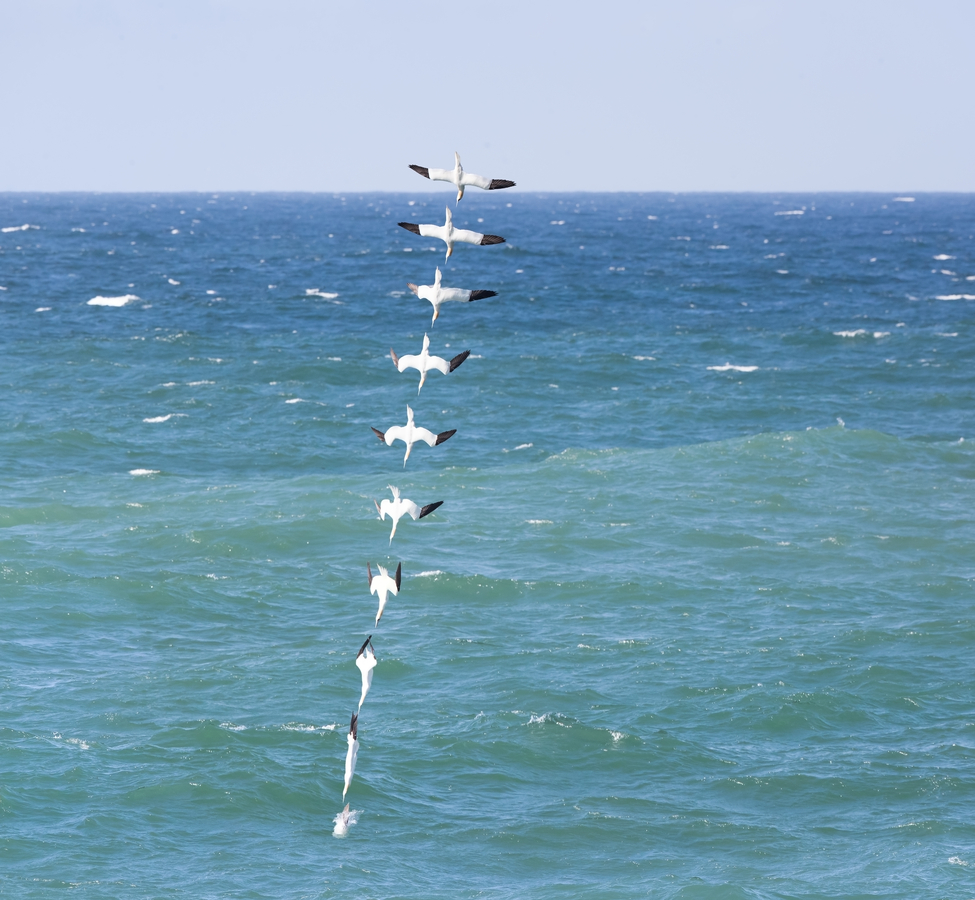 Possibly because of the adaptions described above Gannets don’t have a brood patch (a bare patch of warm skin) and warm their eggs with their webbed feet instead.

The Latin genus Morus is derived from Moros meaning ‘foolish’ as nesting Gannets show no fear of humans and have been easily taken for food. In fact the ancient tradition of the ‘Guga Hunt’ still takes place in Ness on the Hebridean island of Lewis.

For me, I’m thrilled when spotting the stunning white of Gannets which can be seen from miles away like bright jewels and are often a good guide to the whereabouts of the Irish Dolphins and Whales that populate the wild Atlantic around here.